The All New Radian From Scott Rods 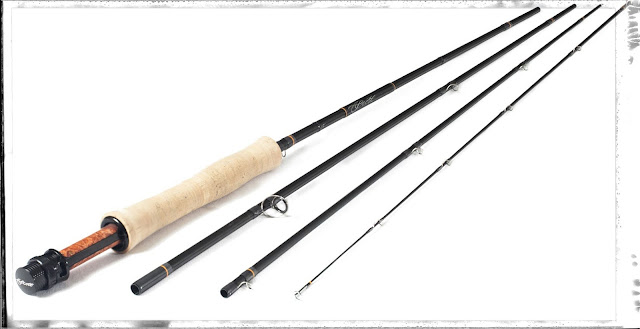 In the latest of a seemingly never ending string of high end fly rod offerings in the market, the Scott Radian was unveiled at the 2013 IFTD/iCast show in Las Vegas.  I would be remiss if I didn’t start by framing my considerable bias.  I’m a recovering (only slightly) gear junkie.  I have fished more gear in the last few years than most over 20+ years.  My insatiability has begun to manifest itself in tempered enthusiasm and a touch of cynicism.  I find myself instantly skeptical of the often-inflated claims and slogans associated with the latest hot product.

Expensive fly rods are, in my opinion, like expensive cars… unnecessary, but oh so fun.  The aim behind the Radian was, as Scott puts it, “Bring the feel to fast”… a worthy undertaking that has been attempted by nearly all makers with varying success.  As a lover of Scott’s G2 rod I was both interested and hesitant.  The G2 is among the most pleasurable and effective dry fly, light nymphing rod I’ve thrown, but does struggle with sinking lines, heavy streamers or windy days.

Enter the Radian.  Through a labyrinth of tech names and detail, Scott has found a way to build a fast action rod relying not primarily on stiffness but on fast recovery.  Essentially, for us not familiar with the intricacies of fly rod design, make a fly rod with the power of a fast action, but the feel of a slower one.  Now grant you, our senses can only process so much information in a small period of time.  The less time it takes for a fly rod to recover from load, the less we’re likely to feel.  It took me 6-8 times out fishing with the Radian to really appreciate what Scott was able to do.  This is the nicest fly rod I’ve ever fished.

The Radian is both physically light and very light in hand.  The new, larger wells style grip is ergonomically more comfortable and provides great feedback during the cast.  I was amazed how with less than 15 feet of fly line out I was able to get great feedback during the cast, throw a nice loop and drop a size 20 dry fly like a feather.  Concurrently, the Radian handles heavy nymph rigs and streamers with more than enough backbone needed.  The Radian’s sensitive tip is capable of incredibly delicate mends and helps pick up subtle takes when tight line or Czech style nymphing.

Aesthetically this is a beautiful fly rod.  The natural finish blank, dyed burled box elder spacer, self-indexing reel seat, black anodized aluminum components and orange thread accents make for a striking yet understated beauty.  I really appreciate how Scott has upped the game while keeping true to its understated and no fuss history.

I still love my G2, but will undoubtedly reach for the Radian 9 times out of 10.  It is amazing how delicate this rod can be while still excelling in wind and those times you need to put on the 0x and a streamer.  Hats off to the team at Scott for one of the best new rods that’s come out in a long while.

Posted by Fly Fishing Specialties at 10:36 AM No comments:


A worthy cause for all interested in fly fishing in California.


"While trout in general are known for their kaleidoscope of color, California's state fish, the Golden Trout, is the most spectacularly tinted of all. Goldens drip color and shape matched only by exotic butterflies, birds and flowers. They are found in a most unlikely place; precariously perched in isolated streams and lakes of the Sierra Nevada, among the world’s most spectacular mountain ranges. Sadly, this remarkable species is threatened." - Craig Ballenger, California Trout

To learn more about the goals of the campaign and contribute to the cause:
http://www.indiegogo.com/projects/liquid-gold/x/3957855

Posted by Fly Fishing Specialties at 12:04 AM No comments: